YOU ARE HERE : Home The Housing Agency welcomes reduction in number of households on social housing waiting list 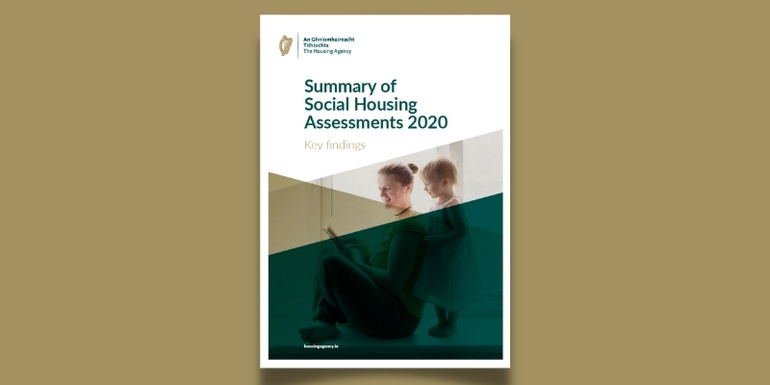 The Housing Agency has welcomed the publication of the Summary of Social Housing Assessments (SSHA) 2020, which has recorded a fall in the number of households in Ireland on a waiting list for social housing.

Prepared by The Housing Agency using local authority data, key findings of the SSHA 2020 include:

“While there are welcomed findings, it is important to note that there is more work to be done to meet the housing needs of people in Ireland. For example, single adult and lone parent households continue to make up the vast majority of those on a social housing waiting list. The Housing Agency is committed to work with our partners in central Government, local authorities, approved housing bodies and across the housing sector to see the overall numbers of those on waiting lists continue to fall in coming years.”

Local authorities have been conducting annualised assessments of social housing need since 2016. The count is carried out under Section 21 of the Housing (Miscellaneous Provisions) Act 2009 and the Social Housing Assessment (Summary) Regulations 2016.

The Summary of Social Housing Assessment (SSHA) reports the ‘net need’ for social housing i.e. the total number of households who are qualified for social housing but whose social housing needs are not being met. The point-in-time assessment is generally undertaken by local authorities in June; the 2020 count was delayed until November as a consequence of the COVID-19 pandemic.

The Housing Agency supports the process of gathering and analysing the data, and prepares a national summary report which is presented to the Minister for Housing, Local Government and Heritage.

MUD Act: bringing home owners together for the common good