YOU ARE HERE : Home Launch of Initial Reports from National Study of Irish Housing Experiences Attitudes and Aspirations 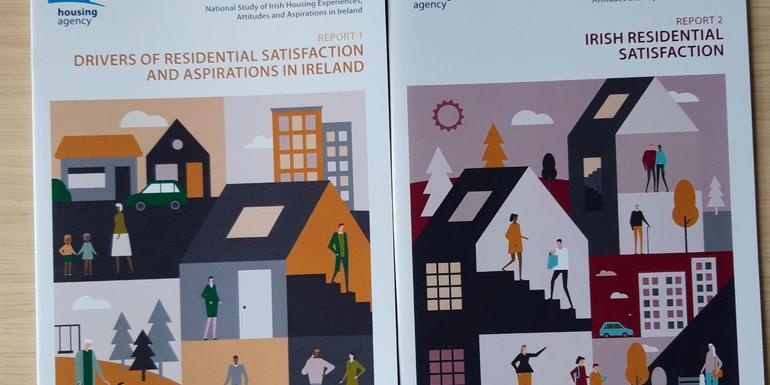 The reports by the Housing Agency and Amárach Research are divided into two separate reports.

Report 1 - Drivers of Residential Satisfaction and Aspirations in Ireland

The main concern emerging from the data analysed is the issue of affordability and the high number of people, especially renters, experiencing difficulties meeting their monthly housing costs.  Two-third of renters and one-third of those repaying a mortgage said they experienced difficult making payments each month. Other findings from the survey were as follows:

Satisfaction with your home plays a central role in happiness over the course of people’s lives. For greater accuracy in the survey factors taken into account included the house itself, the neighbourhood and whether the house suited the stage of life each respondent was at.

While satisfaction levels are mainly high, one significant concern coming from this research is affordability, especially for renters, and we need to continue to work to address this”.

Webinar: Owners’ Management Companies- a discussion of legal reform under Housing for All

Vacancies on the Pyrite Resolution Board

Webinar: Owners’ management companies- a discussion of legal reform under Housing for All